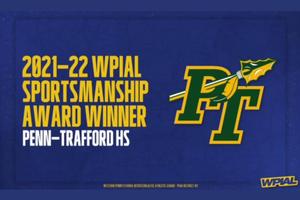 In 1997, the Pennsylvania Interscholastic Athletic Association (PIAA) and WPIAL launched the program entitled “SPORTSMANSHIP: The Only Missing Piece is You”. The purpose of the program is to promote sportsmanship in the schools and to reward those schools that best demonstrate the elements of good sportsmanship.

The selection process was based on the fall, winter, and spring seasons of the 2021-22 school year. Schools were eligible to be nominated through either a self-assessment, by another school, or by an officials’ chapter. The WPIAL Sportsmanship Award Committee then met to discuss the nominees, with a maximum of five schools eligible to be honored for their good sportsmanship.